Home » Athletics and The Growth Mindset 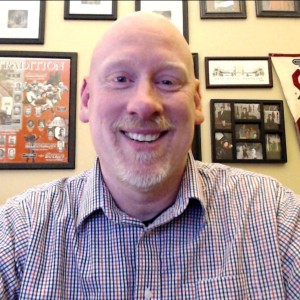 Chris is the President and Chief Marketing Officer for Mindset 24/7. Chris has a 30 year career in sales and marketing working with major brands and small business. Over the course of his career he has observed and learned from a broad array of leadership styles and personality and studied what makes organizations exceptional. Chris lives in Columbus, Ohio and is a graduate of The Ohio State University and University of Cincinnati.
Related Posts

Disciplined Behaviors | How to Find the Root of Your Excuses

Influential Leadership | The Role of an Envisioned Future

Athletics and The Growth Mindset

Why do some teams always seem to have an inherent advantage over other teams? Greater talent level? Better conditioning? Get all the breaks and lucky bounces? While sometimes each of these factors plays a part in who ultimately wins, it’s a small percentage of the time. Instead, the winner much more frequently is determined by which team had a more effective mindset.

Why do some teams always seem to have an inherent advantage over other teams?  Greater talent level?  Better conditioning?  Get all the breaks and lucky bounces?  While sometimes each of these factors plays a part in who ultimately wins, it’s a small percentage of the time.  Instead, the winner much more frequently is determined by which team had a more effective mindset.

You hear it on sports broadcasts all the time, don’t you?  A play-by-play announcer will refer to a team’s winning mindset during a critical juncture in a game.  By the same token, postgame interviews are now filled with questions about mindset.  “When you needed to march 80 yards with only two minutes left and no timeouts, what was the team’s mindset in the huddle before that drive?”  “When you had to have a stop to protect your slim lead, what was the mindset of the defense?”  These questions and countless others around mindset have become the norm in the locker room and postgame news conference, not the exception.  Why the increased emphasis on mindset recently?

Champions know winning is a mindset first and a skill set second.  The mind leads the body.  The mental game precedes the physical game.

These same champions often talk about mindset as being the determining factor between winning and losing.  And of course mindset isn’t magically summoned when needed.  Instead, it starts on the practice field or court long before the bright lights are turned on.  Winning teams recognize they must practice the mental along with the physical, to the point that the mental becomes second nature.  They don’t have to think about it and then execute.  Dozens, even hundreds, of practice reps give the champion confidence to do what needs to be done when the game is on the line.  Once a winning mindset is in place, execution comes naturally.

The Green Bay Packers won the first two Super Bowls under the direction of legendary coach Vince Lombardi.  He had such a profound impact on the early days of the NFL after its merger with the AFL, for decades the winning Super Bowl team is presented with the Lombardi Trophy.  His offense wasn’t complex.  Far from it.  His Packers would execute their few core plays so well that it wouldn’t matter if the defense knew what was coming…they’d be helpless to stop it in the face of precise execution.  And then they practiced those plays so many times that all 11 players knew exactly what to do and how to do it.  This type of disciplined execution, and the winning that accompanied it, became second nature.  But make no mistake – Green Bay’s next level performance started with Lombardi’s mindset.

Frequently, the difference between winning and losing comes down to a team’s willingness to make that type of sacrifice, but first adopt that type of mindset.

And it doesn’t just apply to team sports.  The best performers in individual sports – golf, tennis, track & field, gymnastics and other Olympic events – will often begin with their eyes closed as they visualize the outcome they want.  With a number of world class golfers, they picture the result they want before even addressing the ball, much less swinging the club.  Gymnasts are known for mentally rehearsing their entire performance before physically starting their routine.  Figure skaters do the same.  It creates a mentality to relentlessly pursue their goal of perfection.  They see it in their mind’s eye.  And it’s a thing of beauty to watch someone apply this type of mindset to flawless execution.

Is perfection always reached?  Of course not.  But the athlete with the stronger mindset has a much better chance of reaching his or her goals than the one with a weaker mentality.  Every time.  Without exception.

Whether in sports, business, education or any other field, a winning mindset often starts with coaching.  Effective coaching transfers belief into the team.  In fact, a coach with the right mindset often believes in his/her team members before they believe in themselves.  Further, a good coach has the mindset to turn any negative into a positive, including using a loss on the field to learn valuable lessons in the meeting room.  Most coaches agree there’s more to learn after a loss.  Applying lessons learned can turn a potential loss into a win.  A productive mindset understands this proactive application.

Many people now refer to this stronger mentality as a Growth Mindset.  By contrast, the Fixed Mindset wallows in a loss and doesn’t apply its lessons to grow individually and collectively.  The Fixed Mindset says, “We lost a game.”  The Growth Mindset says, “What can we learn from this setback to make us better next time?  And let’s make sure we don’t make the same mistakes that led to this loss.  The next time we’re in this situation, we will prevail because of what we’ve learned and how we’ve applied it.”

Exceptional coaches talk all the time about this difference in mindset, and how it creates winners in the long term and within the bigger picture.  The Fixed Mindset equates a loss to failure.  The Growth Mindset realizes a failure isn’t final or fatal unless it’s allowed to be.  In short, the Fixed Mindset says “We lost.”  The Growth Mindset is already looking toward the future and says, “Here’s how we’ll win next time…”

Some will say having the right mindset is half the battle.  In reality, it’s much more than that.  And the Growth Mindset will always have the edge over a Fixed Mindset.

What do you think?

This site uses Akismet to reduce spam. Learn how your comment data is processed.